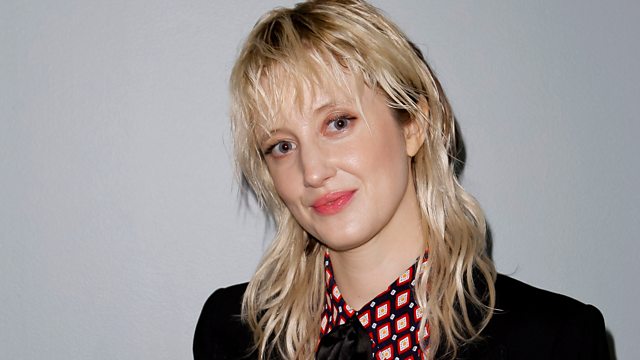 Andrea Riseborough talks about the life of a female actor. Why the mother of two premature babies is campaigning for maternity leave to be extended for mothers of premature babies.

Andrea Riseborough has played a wide variety of roles in her relatively short career. She co-starred in Birdman, joined the cast for the second season of Netflix's Bloodline and for the last three weeks has been on live TV playing Dee, the fragile daughter of comedian Paul Finchley (played by Robbie Coltrane) in Channel 4's disturbing drama, National Treasure.

The collection and trade of human hair is a billion-dollar industry. Emma Tarlo, author of Entanglement: The Secret Lives of Hair, describes how she travelled the globe to find women whose livelihoods depend on hair.

Sady Doyle's book, Trainwreck, examines the phenomenon of the woman who has been shamed for being emotionally and sexually out of control. Sady Doyle and journalist Sophie Heawood, a self-confessed former trainwreck, discuss whether and why the term is reserved exclusively for women.

To mark Ada Lovelace day, we investigate the secret history of pioneering physiologist, chemist and engineer, Dr Phyllis Kerridge, who set up the first hearing clinic in this country. Her work in audiology is still hugely influential but few have heard of her.

Donald Trump and women, The life of Angela Carter, Is it time for a Good Sex Award?

The Secret Lives of Hair