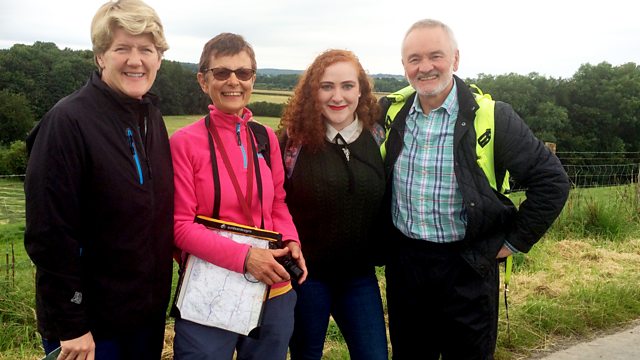 Clare Balding marks the 80th anniversary of the Jarrow Crusade, walking from Ripon to Ripley, when 200 men marched to London led by one woman, Ellen Wilkinson MP.

Clare Balding marks the eightieth anniversary of the Jarrow crusade, when two hundred men walked from Tyneside to London to petition the British government to bring back industry to their town. The the closure of the main employer, Palmer's shipyard. in 1934 had led to most of the population of Jarrow being plunged into poverty.Clare has three companions on this walk ; Robert Colls, professor of Cultural History at de Montfort university who explains the role marching has played in modern politics , Helen Antrobus from the People Museum in Manchester , who tells the story of the one woman allowed on the march, the indomitable local MP, Ellen Wilkinson and local walker Margaret Laurenson, who devised the route they take. in the programme we also hear archive recording of one of the marchers talking about the overwhelming reception they received in the mainly Tory town of Harrogate.
Producer: Lucy Lunt.