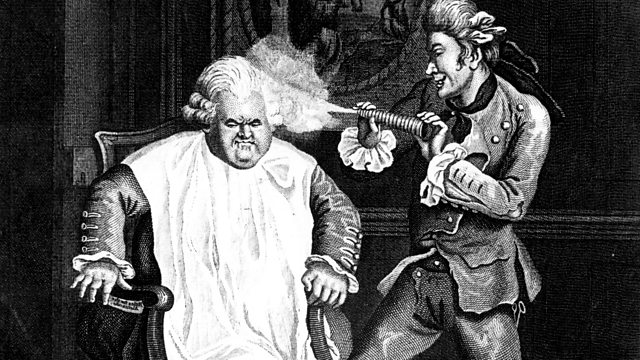 The Rise and Fall of the Hairdresser

New Generation Thinker Seán Williams considers the depiction of hairdressers in prints and prose and the role they have played in society, from ETA Hoffman to Balzac and beyond.

In 1815 an anonymous author published "Memoirs of an Old Wig" and lamented the influx of French hairdressers to England. From the writings of ETA Hoffmann and Charles Dickens, from Hans Christian Andersen to Balzac and beyond, New Generation Thinker Seán Williams considers the depiction of hairdressers in prints and prose and what it tells us about a transformative period in British and European history.

The Essay is recorded in front of an audience as part of Sound Frontiers: BBC Radio 3 live at Southbank Centre celebrating 7 decades of pioneering music and culture.

New Generation Thinkers is a scheme run by BBC Radio 3 and the Arts and Humanities Research Council to find academics who can turn their research into radio.