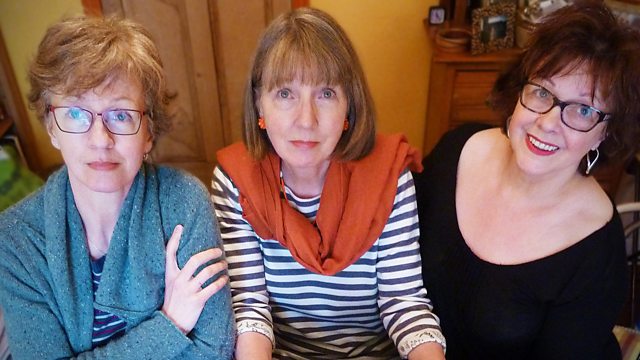 After her mother dies, Clare Jenkins explores the practical and emotional difficulties of clearing out her parents' home. How do we decide what to keep and what to let go?

After her mother dies, Clare Jenkins explores the practical and emotional difficulties of clearing out her parents' home.

Mabel Jenkins died in May 2015, after two months in a care home and 25 years in a sheltered housing flat. Clare and her siblings had to decide which of their parents' possessions they should keep, and what to let go.

Guardian writer Deborah Orr and her brother had faced the same dilemma a couple of years earlier, when their mother died at the family home in Motherwell, near Glasgow. And Times columnist Robert Crampton has been going through the process this year, clearing out his parents' house in Hull.

What is important to keep at such a time? Is it the letters, diaries and photos, or the expensive, but disliked, heirlooms? Which objects seem pathetic, when removed of meaning? What emotions surface during the clearing-out process?

Treasured possessions often have stories to tell, secrets to give up. Clare and her sisters discovered this when rifling through their mother's black tin box. So did Deborah, when her brother opened the pillbox their mother always clutched tight to her. Children can often be surprised by evidence of their parents' younger selves, including their younger voices.

In this programme - which includes archive recordings of Jenkins family get-togethers - Clare and her sisters, together with Deborah and Robert, reflect on these questions and issues. They consider the symbolism of inconsequential treasures such as old tea sets, job references and children's hair clippings - mundane objects that attain the status of holy relics because of the meaning a parent attached to them.

A Pennine production for BBC Radio 4.