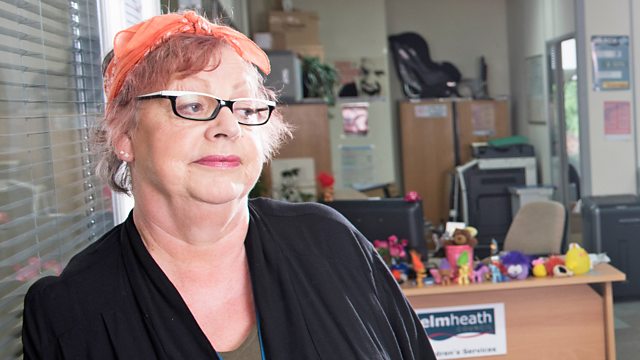 Jo Brand talks about her social work sitcom. Plus, new regulations on reporting gender differences in pay, and the society hostesses who wielded soft-power between the World Wars.

Jo Brand on writing and starring in a new Channel Four comedy series called the Damned. Based around the lives of two jaded social workers, it is a bitter-sweet observation of what it means to try your best in the most frustrating circumstances.

New regulations under The Equality Act come into force on October 1st - meaning businesses with over 250 employees must start to gather and compare the gross pay and bonuses of all their male and female employees. The first information must be published in April 2018, but how much will it tell us? The aim is to reveal the "gender pay gap". But does anyone really know what the term means? Could a company with a gender pay gap still be a really great place for a woman to work? Emma Codd Managing Partner for Talent at Deloitte LLP and Dr. Emma Jeanes from the University of Exeter Business School discuss.

Tonight Hillary Clinton and Donald Trump will take part in the first of three presidential TV debates, due to be broadcast live and with almost a hundred million Americans predicted to watch. History has shown that a single bad debate can have a dramatic effect on the result, the polls say it's tight and with around twenty per cent of the electorate undecided, the stakes are high. Jane is joined by Joanne Bamberger author of The Hillary Paradox to look ahead to the debate.