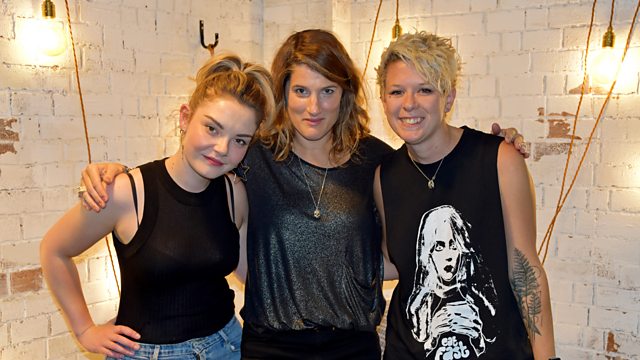 The Glaswegian duo are in the Live Room with Nemone. Stina Tweeddale and Cat Myers formed in 2012 and will shortly release their second album, Babes Never Die.

The Glaswegian duo are in the Live Room, where they'll be welcomed by Nemone who's sitting in for Lauren. Stina Tweeddale and Cat Myers formed in 2012 and released their self-titled debut album in 2014. They popped in for a session then, and are back with a 2nd album 'Babes Never Die' due 4th Nov. Stina explains ''The title is my own mantra. I think it's something I tell myself every day. Indifference is a plague'. An attitude we wholeheartedly endorse.

As it's Friday we'll also send another listeners away for their Desert Island Disco, share a Headphones Moment and add more new music to the Just Added playlist.

With Linsey Young in conversation