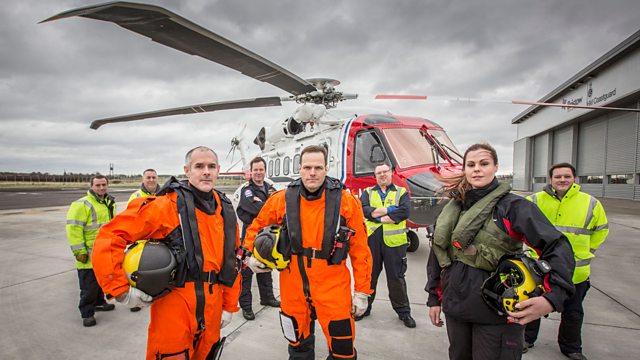 Skies Above Britain
Episode 5 of 5

A look at the skies above us. The job with the highest pressure at NATS is keeping everyone safe entering or leaving London's airspace.

The job with the highest pressure at NATS is keeping everyone safe entering or leaving London's airspace, one of the busiest patches of sky in the world. Up to four thousand people can be in the hands of just one controller at any one time. Tom and Tim, two of the thousands who aspire to be the next generation of air traffic controllers, are beginning the rigorous three-year course.

Captain Fegus Rak is a pilot for Norwegian Air who must get his plane rapidly turned around and airborne for his twice-daily round trips to Europe. Amateur pilot Lizzie dreams of becoming a commercial pilot and at Elstree airfield, she prepares for her first solo flight.

But for some, the growth in air traffic is too much. Martin Barraud, resident of a once-quiet village in Kent, is leading a campaign to stop the narrowing of flight paths and increased noise overhead. Activist Sheila and protest group Plane Stupid use direct action to raise awareness of the environmental cost of flying but face a possible jail sentence for taking part in a sit in on Heathrow's runway.