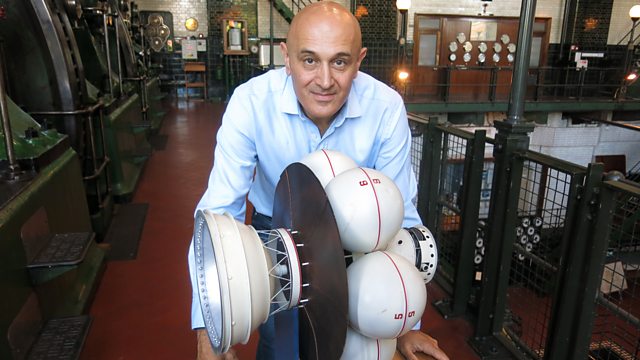 Interstellar: The Journey to Proxima b

Following the discovery of an Earth-like planet orbiting Proxima Centauri, the team focuses on our nearest neighbouring star.

Interstellar travel has always seemed impossible - the realm of science fiction rather than reality. But that view is now changing. On this month's Sky at Night the team are joined by Jim al-Khalili to investigate if it will be possible to travel to the sun's nearest neighbouring star - Proxima Centauri - within our lifetimes.

Recently, a discovery was made that suddenly gave us a powerful reason to want to travel to Proxima Centauri. An Earth-like planet was discovered in orbit around the star.

That followed the announcement in April of Breakthrough Starshot - a project to develop the technology that could send a spacecraft to the nearest stars in just 20 years.

Chris Lintott meets Guillem Anglade-Escude - the scientist behind the discovery of Proxima b - to reveal the astonishing observations that revealed the existence of the planet (using an incredibly precise spectrograph mounted on a telescope in Chile the astronomers were able to detect the tiny gravitational effect the planet had on Proxima Centauri. They were able to dectec the star moving towards the planet at a rate of just t 1m/s. That's walking pace).

Maggie Aderin-Pocock goes to meet Dr Jo Barstow, an expert on planetary atmospheres to discover what we think conditions may be like on the planet.

And Jim al-Khalili investigates Breakthough Starshot and the remarkable technology that may soon allow a spaceship to travel at 20 per cent of the speed of light.

See all clips from Interstellar: The Journey to Proxima b (2)