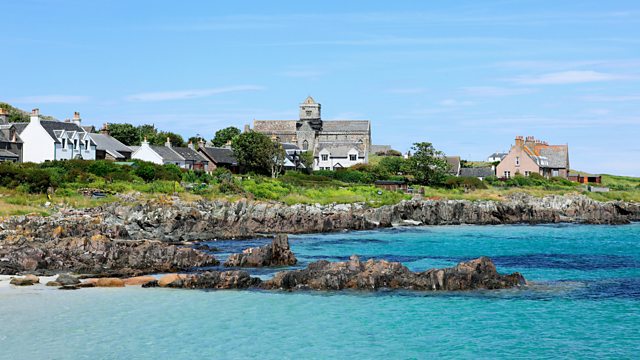 The Essay Islands
Episode 1 of 5

Kenneth Steven writes a poem on the Hebridean island of Iona, forming part of his reflection on its tranquil beauty.

Poet Kenneth Steven has a special relationship with the small Hebridean island of Iona, set in the Atlantic off the west coast of Scotland. It was the place of learning and worship in the 6th century, when St Columba brought Christianity from Ireland and set up a monastery, and today it still has a spiritual quality for many of its visitors. Kenneth has visited since he was a child and collected stones polished by the sea along its beaches. Today he reflects on Iona's place as a 'meeting of the sea roads, which has had such a profound impact on so many, and has done for longer than we can ever know'.

'..That is why
I keep returning, thirsty, to this place
That is older than my understanding,
Younger than my broken spirit.'.