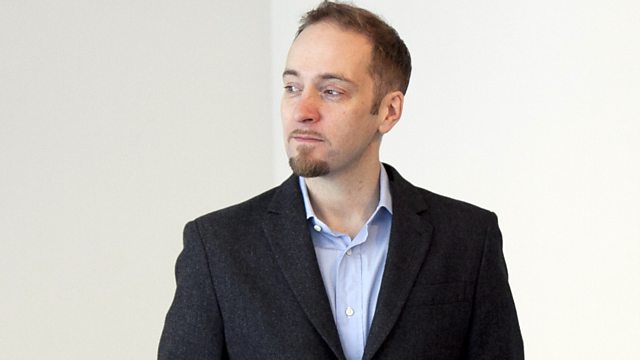 Extraordinary stories, unusual people and a sideways look at the world. Aasmah Mir and Richard Coles are joined by Derren Brown and the world's only heavy metal marine biologist.

The illusionist Derren Brown joins Aasmah Mir and the Rev. Richard Coles to discuss why he's spent three years researching what makes us happy.
The ex-footballer and manager of the England Women's Team, Hope Powell, received 66 caps for England and became the first women to obtain the UEFA pro licence. After managing the England Women's team for 15 years she has recently been appointed as the first female coach educator at the Professional Footballer's Association.
Heavy metal marine biologist "The Blowfish" explains how he "reads" fish, why he has a passion for sharks, and the thrill of diving under ice in Norway.
JP meets Saturday Live listener Rosemary who reminisces about her times spent hop picking in Kent in her youth.
The comedian Abi Roberts describes her experience of doing stand up in Russia - in Russian - and why she brings Opera into her act.
And the designer, Wayne Hemingway, shares his Inheritance Tracks. He chooses You've Got a Friend by Carole King, and Black Man by Stevie Wonder.

Happy: Why More Or Less Everything Is Absolutely Fine, by Derren Brown, is published by Bantam.
Hope: My Life in Football, is published by Bloomsbury.
Fishing Impossible is currently on ITV on Tuesdays at 7.30pm.
Abi Roberts is performing Anglichanka at the Museum of Comedy in London on 14 October.
Wayne Hemingway's Classic Car Boot Sale takes place in King's Cross, London on 1-2 October.