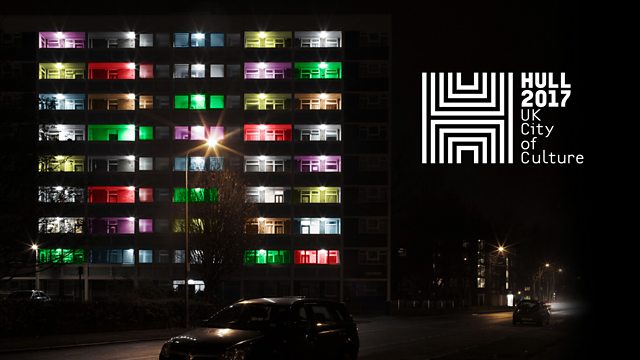 Martin Green, CEO of Hull City of Culture 2017, reveals what's in next year's programme, and film-maker Sean McAllister discusses his plans for the opening seven-day event, Made In Hull.

Emma Donoghue, author of Room, talks about her new novel, The Wonder. It's a gothic thriller set in 19th-century Ireland, where a young girl is said to have eaten nothing for months but appears to be thriving miraculously.

To celebrate the autumn equinox, poet Zaffar Kunial will perform his poem Prayer, which recalls his father's first words to him as a new-born, and the last words he whispered in his mother's ear.

Director Ira Sachs discusses his new film Little Men, which tells the story of a pair of best friends who have their bond tested by their parents' battle over a dress shop lease.

Today's shortlisted author for the BBC National Short Story Award is K J Orr, whose story Disappearances is told from the perspective of a retired cosmetic surgeon in Buenos Aires who strikes up an unlikely friendship with a waitress in a cafe.

Emma Donoghue's book The Wonder is out now on Picador.

It is serialised on Radio 4's Book at Bedtime starting from 26 September at 10.45 pm.

A poem for autumn