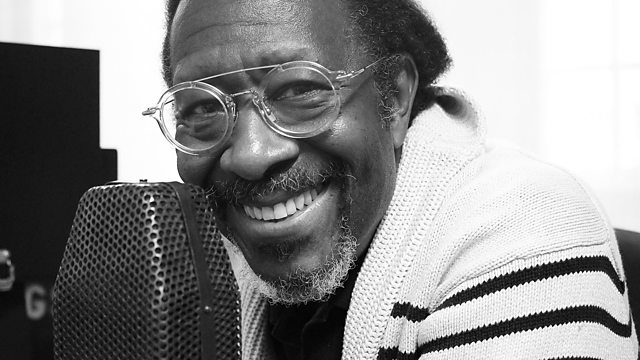 Up Close and Personal

Actor and singer Clarke Peters follows the croon and practitioners like Al Bowlly and Bing Crosby and hears how the intimate singing made ladies swoon but inflamed the critics.

Actor and singer Clarke Peters follows the croon and practitioners of the art, including Rudy Vallee, Russ Columbo, Al Bowlly and Bing Crosby. He discovers how their romantic style of singing made the ladies swoon but inflamed the critics.

In the Twenties and Thirties electric microphones and amplifiers enabled singers with soft, untrained voices to finally be heard. Vocalists no longer needed to project - they could get closer and deliver heartfelt performances - just like whispering in a listener's ear. They became the Justin Biebers of their day - commercial stars whose radio shows and public performances ignited passions across the US.

Their flirtatious style was not to everyone's taste, however, and they were condemned by the Roman Catholic Church for leading women astray. The slushy, sentimental style of singing also didn't go down well with the press who criticised the singers for their lack of artistic value... and the crooners' good looks and stylish clothes led to accusations of effeminacy - these guys just couldn't win.

Clarke Peters - star of the television series the Wire - hears from Rudy Vallee's nephew about how his uncle regarded his own sex appeal - let's just say Rudy wasn't the bashful type. He also talks to Lenny Kaye, writer, long time guitarist with the Patti Smith Group and fellow crooner devotee, about their place in American music history.