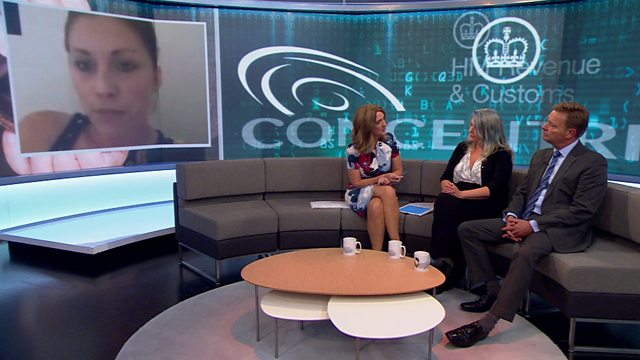 Victoria speaks to people affected by the decisions of a US firm who are employed by HMRC to cut tax credit fraud and overpayment. Plus discussions about Lariam and cannabis.

The Victoria Derbyshire programme has learned that a 19-year-old mum had her child tax credits stopped by a private firm used by HMRC, after she was accused of being married to a dead 74-year-old man. Victoria speaks to others affected by the decisions of the US firm Concentrix, who are employed by HMRC to cut tax credit fraud and overpayment.

And Lara Smith and Faye Jones explain the medical reasons why they use cannabis.