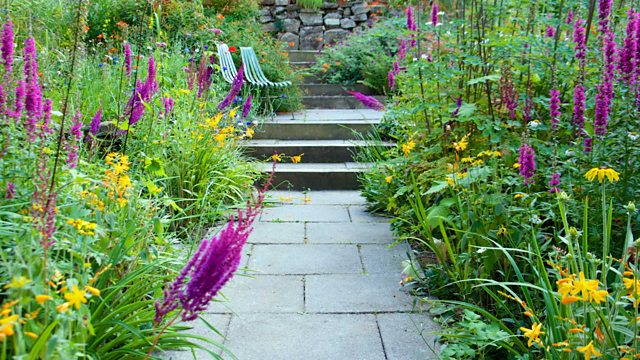 Garden designer James Wong asks if British gardening is stuck in the past.

The traditional English Country Garden is synonymous with overflowing beds, informal borders, bees, butterflies and lazy summer afternoons. But for garden designer James Wong this idyll is to blame for a lack of innovation and progress in British horticulture. James argues we should take inspiration from Singapore's reinvention as a 'City in a Garden'. There, horticulture has been widely seen as a factor in turning the city state from a colonial backwater to a tiger economy in just three decades.

Yet here in Britain, while we claim to be a nation of gardeners, James argues that the idealisation of our past is limiting innovation and alienating the next generation. He digs into our assumptions about what makes a garden and presents an alternative vision for a brave new gardeners' world.

James takes advice from different schools of design and we hear from staunch defenders of the English Country Garden as well as those keen to support a horticultural revolution - including the mind behind The Eden Project, Sir Tim Smit, and one of the principle planting designers of London's Olympic Park, Nigel Dunnett.

Produced by Darby Dorras
A Somethin' Else production for BBC Radio 4.