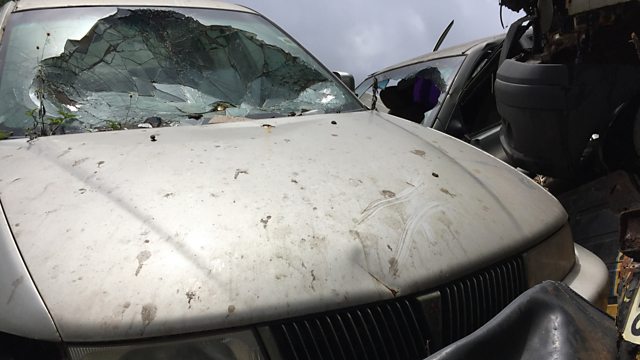 Neal Razzell meets the people who are trying to stop the relentless road deaths in India's biggest city, Mumbai.

India has some of the world's most dangerous roads. The government says almost 150,000 people died on them last year. Nowhere saw more crashes than the booming city of Mumbai. The carnage is relentless, affecting people at every level of society. Neal Razzell meets the Mumbaikers who are saying, enough: a vegetable seller who fills potholes in his spare time after his son died in one; a neurosurgeon whose experience treating victims has led him to try to build trauma centres along one of the worst roads; and an unlikely combination of engineers, activists and police officers with an ambitious plan to bring the number of deaths on a notorious expressway down to zero. It's hoped there will be lessons in Mumbai for all of India. The country is in the midst of an historic road-building push. By 2020, Prime Minister Modi wants to pave a distance greater than the circumference of the earth.

Torah and Tech in Israel