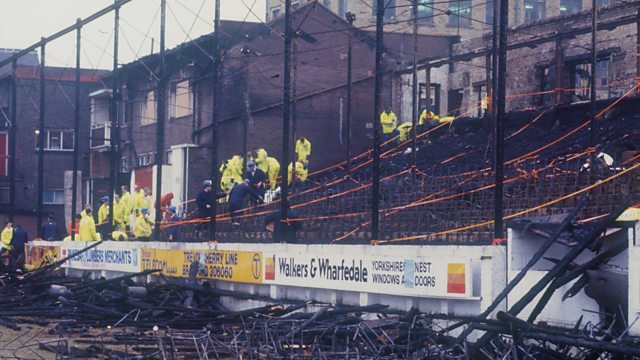 The tragic story of the Bradford City fire told in the words of survivors. 56 people lost their lives on the day the club should have been celebrating winning the championship.

On 11th May 1985, Bradford City were playing Lincoln City in their final game of the season after being crowned Third Division champions. Just before half-time a fire broke out in the Main Stand. 56 people - 54 Bradford supporters and 2 from Lincoln - lost their lives and over 250 were injured. Writers Matt Woodhead and Gemma Wilson worked with FYSA/Lung Theatre Company to create this drama, which draws solely on real-life testimonies and interviews with witnesses.

'The 56' was first performed by Tom Lodge, Danielle Phillips and Will Taylor for FYSA Theatre (now LUNG Theatre Company) in Edinburgh, July 2014.