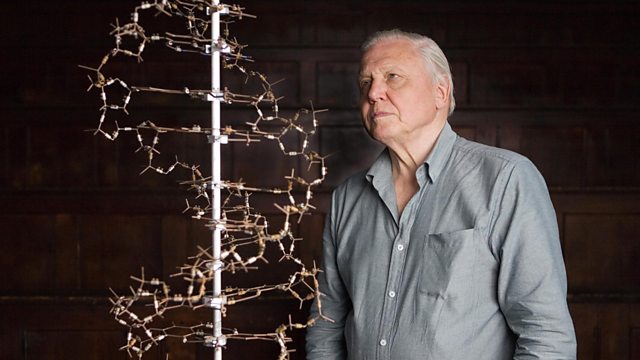 In 1960, the eminent Oxford marine biologist Sir Alister Hardy proposed a revolutionary idea - our human ancestors had started their existence not on the wide savannahs of Africa, but had become accustomed to living alongside water, swimming and diving in the shallows, collecting the abundant food and learning to use language and fashion tools. Hardy asserted that this adaptation to living at the waterside would also account for a whole range of peculiarities about the human form, including the layers of fat beneath the skin, the relative lack of body-hair, the development of language and speech, and what has been called our 'runaway brains'.

Perhaps surprisingly, it was a screenwriter rather than a scientist, Elaine Morgan, who took up Hardy's theory and, for over 40 years, progressively refined the evidence for the idea. Most mainstream paleo-anthropologists ridiculed and rejected the Hardy-Morgan thesis for decades, but some influential scientists asked for the proposal to be approached with an open mind.

Sir David Attenborough first considered the controversial theory on Radio 4 in 2004. In this new series of two programmes, The Waterside Ape, he brings us up to date with the story and the evidence put forward since then - both for the hypothesis and also for its continuing detractors.

Back in 2004, Sir David asked Elaine Morgan how long it would take for the aquatic adaptation theory to become a mainstream account of human origins. She answered, "I'll give it ten years." As we review the new evidence, has she been proved right?

See all episodes from The Waterside Ape