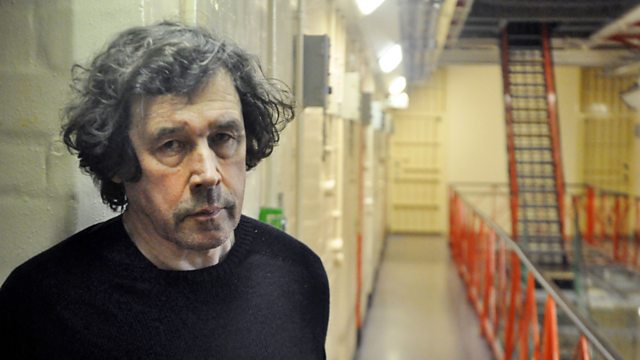 Stephen Rea reads Wilde's famous letter in the prison cell where it was written. With an introduction from cell C.3.3 in Reading Prison by writer and director Neil Bartlett.

Oscar Wilde was incarcerated in Reading Prison between 1895 and 1897, enduring the Separate System, a harsh penal regime designed to eliminate any contact between prisoners. During this period he wrote one of his last great works: an extended letter to his lover Lord Alfred Douglas, later published as De Profundis.

Here the actor Stephen Rea (The Crying Game, Michael Collins, V for Vendetta) returns to cell C.3.3 in HM Reading Prison to perform De Profundis. The reading is preceded by a feature documentary where writer and director Neil Bartlett examines the conditions under which Wilde was writing.

In Autumn 2016, Reading prison will open to the public for the first time for an Artangel project in which a 30-strong showcase of artists and writers share works in response to De Profundis.

And next week on Radio 4, in Letter from Inside, writers and artists from around the world read letters on the theme of imprisonment. The series is at 7:45pm from 12th to 16th September, with letter writers including Ai Weiwei, Jeanette Winterson, Anne Carson, Gillian Slovo, Joe Dunthorne, Tahmima Anam and Binyavanga Wainana.