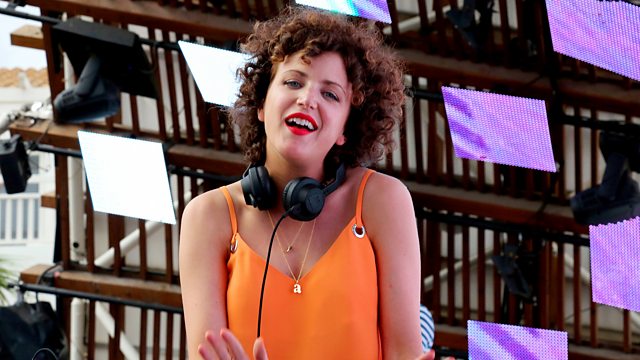 Go behind the scenes with Annie Mac at some of the biggest festivals and events of summer 2016, including Radio 1's Ibiza Weekend, Culture Clash and Creamfields.

Ever wanted to go behind the scenes of some of the Summer's biggest festivals with one of the world's biggest DJs? Well here's the chance!

Across the Summer of 2016 we sent a crew along with Annie Mac as she played some of the biggest shows of her career to date - from Wildlife with Disclosure back in June, right through to a huge set supporting Calvin Harris at Creamfields in September.

In between we follow her home to see her parents in Dublin, go bee-keeping with her Dad and then meet up with Diplo at Longitude festival. We also tag along as Annie prepares to host the Redbull Culture Clash at London's 02 Arena and catch up with MK at V Festival, before taking a helicopter ride between the two festival locations!

Finally, we join her for Radio 1's legendary Ibiza Weekend, hyping up the crowd at Friday's Back 2 Back party at Ushuaia; and then heading to Space for her own AMP night.

It's one amazing Summer of Dance...

Fabric and the Future of Clubbing