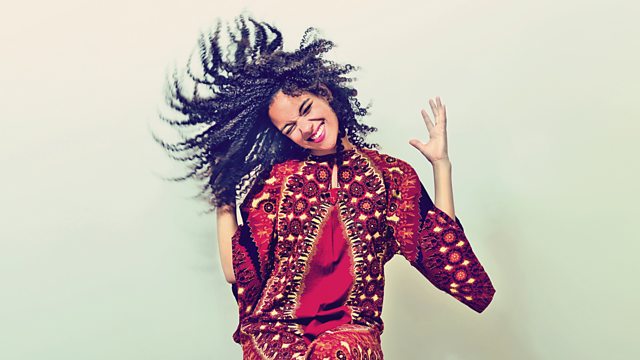 Kizzy Crawford, finding fulfilling work in your 50s, and the domestic politics of boxsets

Highlights from the Woman's Hour week. Kizzy Crawford and the domestic politics of boxsets. Presented by Jenni Murray.

According to a report published this week by the Women and Equalities Committee inquiry into sexual harassment and violence in schools, almost a third of girls say they have experienced unwanted touching in school and nearly two thirds have experienced some sexual harassment in the last year. The Labour MP Jess Phillips, who sits on the committee, and David Brockway, who runs workshops about sexual equality for boys, discuss the findings.

This week we've been discussing the challenges of finding work in your 50s and 60s in the face of age discrimination. We hear from three women Jackie Granger, Ruth Stockley and Suzanne Boulton who started new careers in their 50s.

Kizzy Crawford is a singer-songwriter from Wales and the youngest person ever to feature on the Welsh A-Level syllabus. She is also the only female songwriter to appear on the new contemporary music section for 2016/17. She tells us about her music and song writing and performs the song Gerridae in both English and Welsh.

We hear from three ambitious young women who have decided not to go down the University route. Tessa Cooper, went into work straight after Sixth Form College, Radhika Parmer is one year into her on the job IT training and Amy Grange is coming to the end of her Degree apprenticeship. They tell us about the ups and downs of going straight into work at 18.

As London Fashion Week begins we go beneath the glitz and glamour and explore, with the fashion columnist Hadley Freeman and Penny Martin, editor-in-chief of the Gentlewoman, the truth behind the shows.

As the nights draw in many of us will be looking to be entertained by a boxset. So how do you decide which box sets to indulge in? Who gets to choose in your house? The film and TV critic for the Guardian Stuart Heritage and the novelist Jenny Colgan discuss the domestic politics of boxsets.