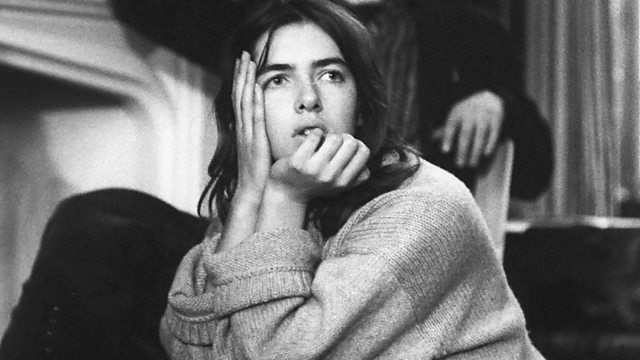 4 Extra Debut. The iconic, but elusive, English folksinger Annie Briggs talks to Alan Hall about her role in the 60s folk revival. From 2016.

An intimate portrait of the iconic but elusive English folksinger Annie Briggs.

Annie Briggs was a leading figure in the English folk revival of the early 1960s, inspiring Bert Jansch (famously, in Blackwater Side), Sandy Denny, The Watersons and many more. But she was a restless spirit, travelling through the British Isles and Ireland, finding songs and living close to the earth.

As Sandy Denny depicted her in The Pond and the Stream:
Annie wanders on the land.
She loves the freedom of the air.
She finds a friend in ev'ry place she goes.
There's always a face she knows.
I wish that I was there.

And so she remains, now a grandmother living by the water in the west of Scotland. She's always resolutely resisted celebrity and commercial success, withdrawing from the folk scene in the early 1970s, but her legacy - her voice and her attitude - continue to inspire and to carry a link to life as it was once lived in 'the imagined village'.

Annie talks to Alan Hall about childhood holidays singing along with the waves, writing songs while living on a beach in west Ireland, her garden and the wildlife that she shares it with, and the ballad tradition she discovered as a teenager and that she 'belongs to'.