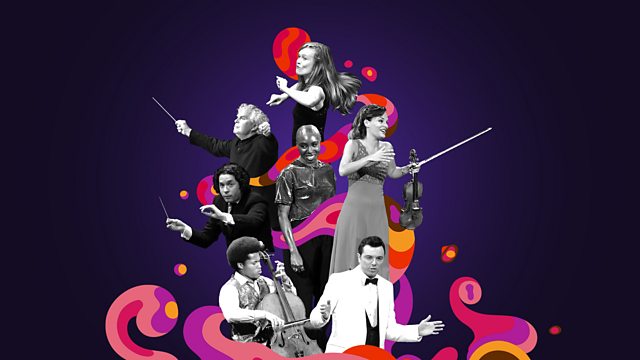 Live from the Royal Albert Hall in London, the Staatskapelle Berlin with Daniel Barenboim as pianist and conductor in Mozart's Piano Concerto No 26 and Bruckner's Symphony No 6.

Live at the BBC Proms: Berlin Staatskapelle with Daniel Barenboim as pianist and conductor in Mozart's No 26 in D major, K537 'Coronation' and Bruckner's Symphony No 6.

Live from the Royal Albert Hall
Presented by Ian Skelly

c.8.05pm PROMS EXTRA: The Great Fire of London
On this day 350 years ago the capital was in ruins after the Great Fire of London. Historian Adrian Tinniswood describes the massive clearing-up operation, and talks to New Generation Thinker Thomas Charlton of Dr Williams's Library.
Producer: Katy Hickman

Bruckner, but not as we know him. In the Sixth Symphony, gone is the composer's typical heft, his long-drawn crescendos and his archetypal brooding introduction. Instead, this symphony gallops into life, crackling with vitality. Bruckner's rich and individual Sixth Symphony is heard in the second of the Staatskapelle Berlin's two Proms after a piano concerto by Mozart that boasts similar rarity and individuality.
Mozart's sparkling Piano Concerto No. 26 was performed by the composer in Frankfurt during festivities in 1790 for the coronation of Leopold II as Holy Roman Emperor; tonight Daniel Barenboim gives its first Proms performance for over 40 years.