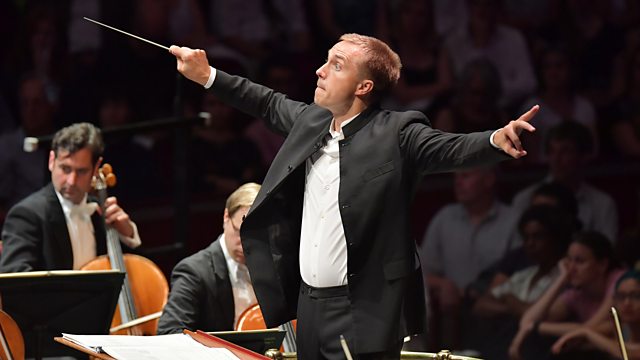 Afternoon on 3, presented by Penny Gore

The RLPO and conductor Vasily Petrenko in Rachmaninov's Third Symphony, Shostakovich's Cello Concerto No.1 and Torus by Emily Howard

2.50pm
Rachmaninov: Symphony No 3 in A minor

'A composer's music should express his love affairs, his religion, the books that have influenced him, the pictures he loves.' So said Rachmaninov, whose Third Symphony does just that through irrepressible yearning and longing. It forms the culmination of this Prom in which the Royal Liverpool Philharmonic Orchestra and its Russian Chief Conductor perform Shostakovich's disquieting First Cello Concerto.
A brand-new work by Liverpool-born composer Emily Howard opens.

Followed by a selection of music from this week's Proms artists.