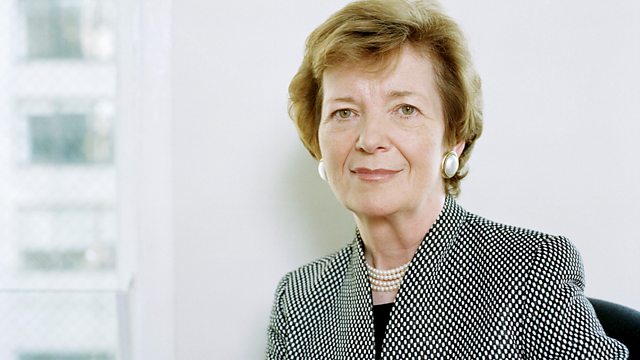 The Future of Our Planet

Former president of Ireland Mary Robinson examines the impact of climate change and the future of our planet.

Former President of Ireland Mary Robinson examines the impact of climate change and what she describes as "an existential threat to the future of our planet".

Mary Robinson became interested in climate change during her time spent working in African nations on issues of development and human rights. She explains "I kept hearing this pervasive sentence - 'Oh, but things are so much worse now, things are so much worse.' When I explored what was behind that, it was about changes in the climate - climate shocks, unpredictable weather - and then I realised that this was an issue of human rights."

Mary explores the plight of the Marshall Islands, which sit only two metres above sea level. She draws upon the work of Marshall islander Kathy Jetnil-Kijiner whose poetry lays bare the effects of climate change on her place of birth.

Looking to the future, Mary argues "we have to move away from business as usual. The industrial and technological revolutions, I believe, have to give way to an ecological revolution. This has to become everyone's agenda, to take part in this revolution."

Title: A Book of Silence

Title: Going Down Hill on a Bicycle