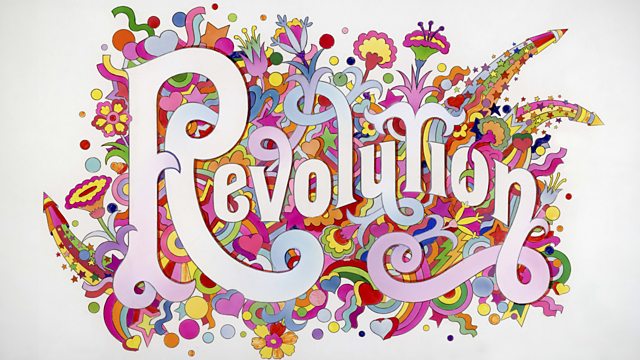 Reviews the V&A exhibition You Say You Want A Revolution and the remake of Ben Hur. Plus, film director Sean Ellis on Anthropoid and Maggi Hambling's sketches at the British Museum.

"You Say You Want A Revolution"? asks the Victoria and Albert Museum. John Wilson takes a tour around its new blockbuster show which explores the great changes in civil rights, multi-culturalism, consumerism, youth culture, fashion and music that took place between 1966 - 1970 and examines how they changed the world.

"Operation Anthropoid," was the code name of a daring mission to assassinate SS officer Reinhard Heydrich, the main architect of the Final Solution and the leader of Nazi forces in Czechoslovakia. Sean Ellis is the director of a new film telling the extraordinary true story which stars Cillian Murphey, Jamie Dornan and Toby Jones as the Czech resistance.

The artist Maggi Hambling is best-known for her celebrated and controversial public works - a sculpture for Oscar Wilde in central London and Scallop, a 4-metre-high steel shell on Aldeburgh beach - as well as for her large and colourful portraits. Drawing though has always remained at the heart of her work and a new exhibition at the British Museum captures that. She talks about the creative experience of charcoal, graphite or ink on paper.

Image:  John Wilson with Victoria Broackes, co-curator of the exhibition.