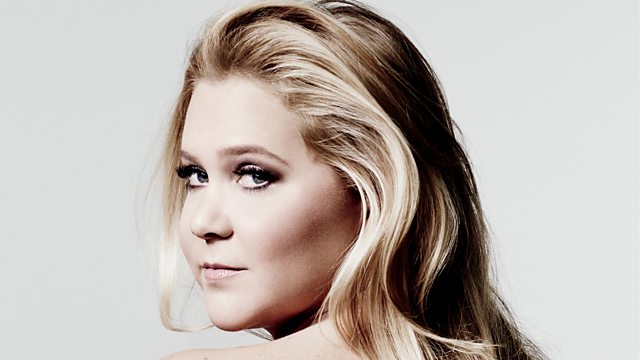 The award winning comedian Amy Schumer has gained many fans with her honest, feminist, no-holds-barred jokes. Over the past 12 years she has worked her way up to super-star status; from small bar gigs to sell out arena tours, running her own sketch show which won a prestigious Peabody Award, and writing and acting in the hit film Trainwreck. Jane speaks to her about her rise to fame and asks - who is the real Amy Schumer?

How best to support a young person with an eating disorder as they start university? What can parents do to help? We are joined by Abigail Davies, an ambassador for Beat who is recovering from anorexia; Rachel Piper, Policy Manager at Student Minds; and Danielle Glennon, Specialist Clinical Service Lead at the Eating Disorders Outpatients & Day Care at South London and Maudsley NHS Trust.

The real life behind the public persona of Beryl Bainbridge. We talk to her biographer and former assistant, Brendan King. Alex Clark, the Artistic Director for Words and Literature at the Bath Festival, tells us why she's such a fan of Dame Beryl's novels.

We speak to Claire Lomas, the woman invited to light the Olympic cauldron at the London 2012 Paralympics. In 2007 Claire was left paralysed from the chest down following a horse riding accident.She was the first paralysed woman to walk the London Marathon in an exo-skeleton robotic suit. Since then she has continued to push boundaries, recently taking up motorbiking and on Wednesday she sets off on her attempt to conquer the Great North Run over five days.

Tonia Buxton on Greek dips, Mothers who were bullied at school

The joys of being a teenager, Alison Gopnik, Hypnobirthing explained