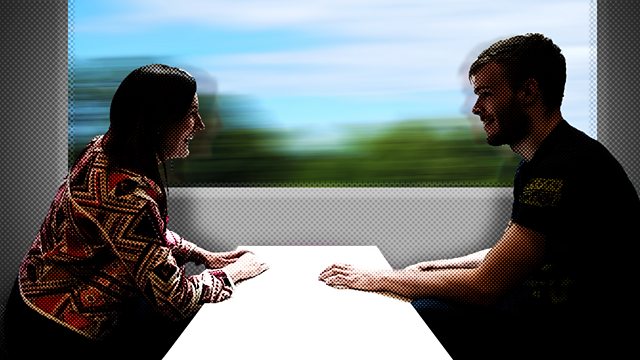 A Journey Through English

Documentary. A journey of discovery to find out how spoken English changes, travelling over 600 miles from Aberdeen to Penzance on the longest continuous rail journey in Britain.

How do accents and dialects change on the longest continuous train journey in Britain? In A Journey We jump on board in Aberdeen in the early morning and arrive late in the evening in Penzance over 600 miles away.

En route, we tune in to the distinctive regional voices of the passengers and staff as they talk about their voices and the impact they have on their lives - both positive and negative. Jonnie Robinson, the British Library's Lead Curator of Spoken English, is on board to uncover the political, geographic and societal aspects of regional English.

The route cuts through several of the UK's major dialect regions via Scotland, the North East, Yorkshire, the Midlands and the West Country. A Journey Through English covers, in just under half an hour, a train journey that in reality takes more than thirteen hours travelling from north-east Scotland to the tip of Cornwall.