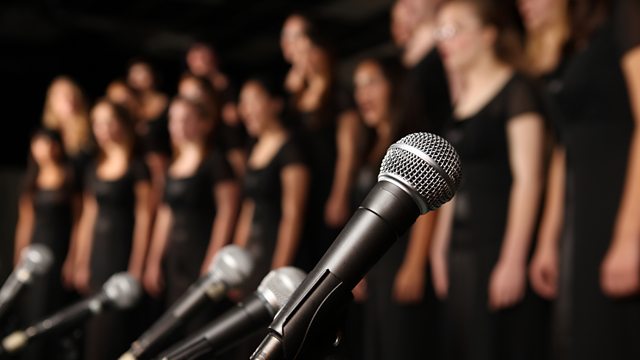 The Choir That Sang Elvish

Radio 4's weekly look at the world of film. Antonia Quirke meets London Voices, a choir that supplies voices for the soundtracks of cinematic blockbusters.

Antonia meets London Voices, the choir that supply the voices to the soundtracks of blockbusters such as The Lord Of The Rings, Spectre and Iron Man 2.

Poet Don Paterson concludes his series on great movie speeches with James Stewart drunkenly telling Katherine Hepburn that she has "fires banked down inside" in The Philadelphia Story.

Andy Mitchell nominates his father Andrew as an unsung hero of British cinema - he was in charge of Elstree Studios in the 1980s when six of the top ten grossing moves of all time were made in Borehamwood.

Kubo And The Two Strings, Hell Or High Water