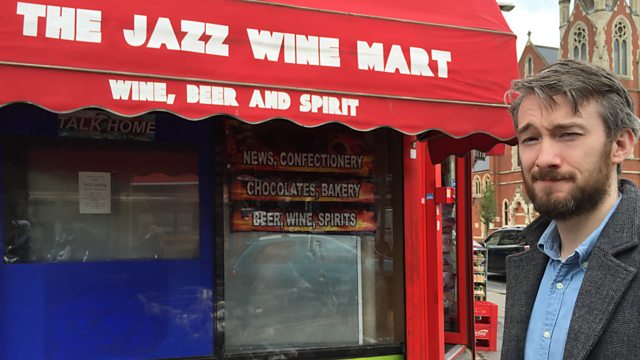 Things Called Jazz That Are Not Jazz

There is an apple, aftershave, a car, spreadsheet software, even a range of non-alcoholic beer. Why are so many things called Jazz that are not jazz? Russell Finch investigates.

There's a Jazz apple, Jazz aftershave, Jazz car, Jazz spreadsheet software, even a range of non-alcoholic beer called Jazz. Why are so many things called Jazz that are not Jazz?

Documentary maker and failed jazz musician Russell Finch has an unusual hobby. He collects examples of Things Called Jazz That Are Not Jazz.

There are more than you'd think. The UK intellectual property office lists over 290 trademarks for things called jazz - everything from jazz garlic to jazz wigs to a jazz wettable powder biofungicide. Russell has been documenting some of his stranger discoveries on a blog. He insists it almost went viral once.

But it's made him curious why are so many completely unrelated objects named after this one music genre? Even more mysterious, why are they named after a type of music that - it pains him to admit - not many people actually like?

Along the way he finds out the surprising origins of the word, the reason some musicians find it offensive, and why jazz is not a good name for food.
With comedian Stewart Lee, singer Gwyneth Herbert and musician Nicholas Payton.

Produced by Peggy Sutton and Russell Finch
A Somethin' Else production for BBC Radio 4.