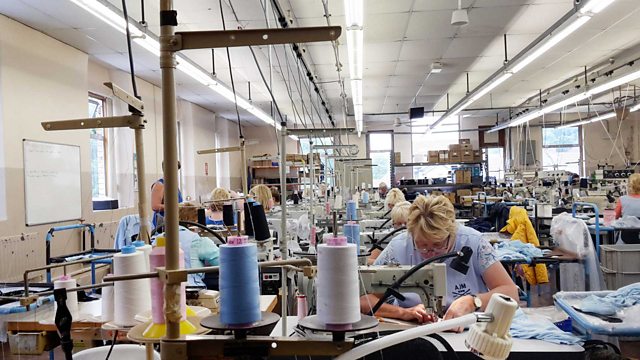 Natalie Bennett, the outgoing leader of the Green Party, Bridget Jones 20 years on, the Russian Revolution through women's eyes; and are young people having less sex?

On Friday the Green Party announces who will stand as their next leader, almost four years to the day since their outgoing leader Natalie Bennett took over. She joins Jane to discuss the highs and lows of her time as party leader, what it was like sharing a platform with the party leaders during last year's General Election, and why Parliament should encourage flexible working.

Making Underwear. Sarah Swadling has been to South Wales Valleys to visit the 50 employees, mostly women, at AJM Sewing. It's the only remaining factory in an area where lingerie production used to employ tens of thousands. Now that the big brands have left, what kind of work is keeping this company in business?

Surprising foreign eyewitnesses re-tell the story of the Russian Revolution in historian Helen Rappaport's new book. They include Emmeline Pankhurst, the suffragette leader who went to Petrograd in 1917 to inspect the Women's Death Battalion and got caught up in events and an English nurse who had survived the sinking of the Titanic. Helen Rappaport joins Jane to discuss their accounts.

It is twenty years since Helen Fielding's novel Bridget Jones's Diary was published. Written in the form of a personal diary, it chronicled the life of a thirty something single woman who writes about romantic relationships, her job, weight, alcohol and cigarettes. So how realistic was she to young single women back in the 1990s and does she have anything to say to that generation today? Jane is joined by writer and comedian Viv Groskop and writer and journalist Hattie Crisell.

And An American study says young people born after 1980 are having LESS sex than the previous generations. The claim was published in the Archives of Sexual Behaviour by three American universities. Here in the UK, research by the National Survey of Sexual Attitudes and Lifestyles shows a similar pattern. So what is going on with Britain's youth, and their approach to sex? Jane speaks to sex blogger, Girl On The Net and journalist Daisy Buchanan

Underwear: What do we wear and who is it for?