BBC Two
An Hour To Save Your Life
Main content 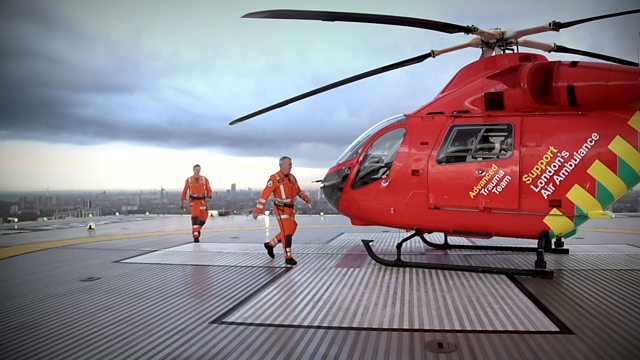 An Hour To Save Your Life Series 3

Medical science series. Pedestrian Christy is hit by a car. Doctors suspect she may have bruising to the front and back of her brain and give her an emergency roadside anaesthetic.

An Hour To Save Your Life explores the critical decisions facing doctors in the first hour of emergency care. Against a ticking clock, each episode follows three patients from the moment the 999 call is made, minute by minute, as frontline doctors and paramedics battle to keep them alive and treat their injuries. Combining medical detail with compelling actuality, this series gives a unique insight into the most life-and-death moments in medicine.

In Bristol, pedestrian Christy is hit by a car. Doctors suspect she may have bruising to the front and back of her brain and give her an emergency roadside anaesthetic. In hospital, her brain begins to swell rapidly, and she undergoes an emergency operation to remove part of her skull. Christy now faces months of rehabilitation, including a further operation to replace the missing part of her skull.

After being run over by a forklift truck, doctors fear lorry driver Peter has sustained life-changing crush injuries as he cannot move his legs. Concerned he may be bleeding internally, the medical team bind his lower body to keep him rigid. Once in hospital, scans reveal a pelvic fracture. Peter's legs have suffered extensive soft tissue damage which will take some time to heal.

In London, back-seat passenger Jaqueline is involved in a serious road traffic collision. Having sustained a severe open skull fracture to her forehead, Jaqueline begins to lose consciousness and clinicians suspect she may be bleeding in her brain. She is rushed to a major trauma centre for emergency scans. Doctors discover the bones of her skull and face have been smashed inwards and require reconstruction by specialist maxillofacial surgeons.

See all episodes from An Hour To Save Your Life