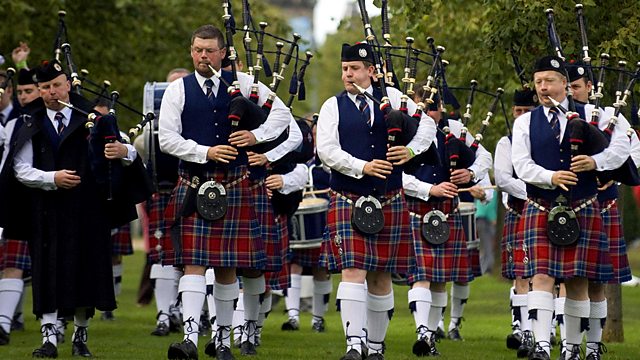 Jackie Bird presents highlights from the prestigious World Pipe Band Championships 2016 from Glasgow Green, featuring the best pipe bands from all over the world.

Jackie Bird presents coverage of the World Pipe Band Championships staged once again on Glasgow Green. The world's best bands gathered this year to compete for the most prestigious title in the pipe band competition calendar, and this programme features highlights from the tough competition, including pieces from the March, Strathspey and Reel and Medley categories.

Look out for the spectacular march past and the emotional moment all the competitors were waiting for, the announcement of the World Pipe Band Champion 2016.