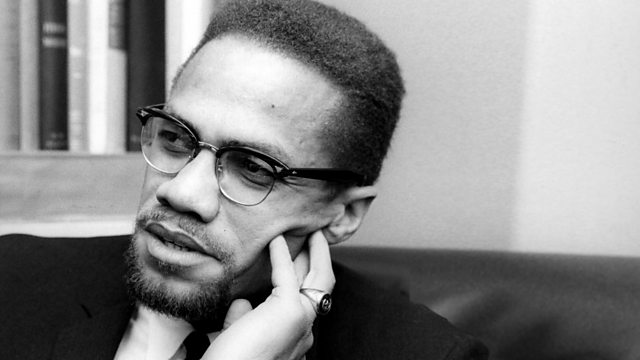 Rodnell Collins has an imagined conversation with his late uncle, Malcolm X. Using archive clips, they are reunited in the Boston home they used to share.

Rodnell Collins has an imagined conversation with his late uncle, Malcolm X. Using archive clips, they are reunited in the Boston home they used to share.

As a young boy, Rodnell would sit in the living room of the house listening to the adults talk into the small hours, under strict instructions from his mother Ella to be seen and not heard.

Now he takes the opportunity to bring his own opinions to the table and to interact with Malcolm X's words as spoken before his assassination in February 1965. The dialogue is infused with irony as Rodnell compares his own experience of being a black Muslim in America today with that of his uncle's fight for civil and human rights in the early 1960s.