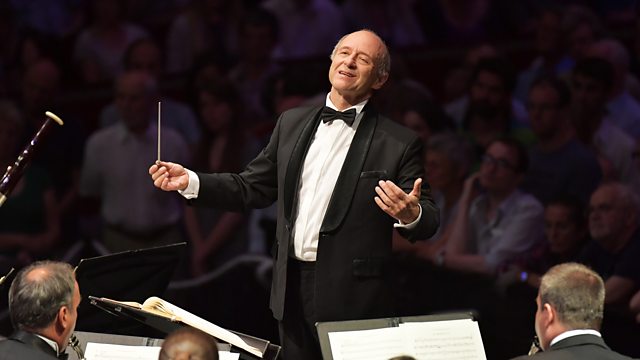 Live at BBC Proms: Budapest Festival Orchestra, Collegium Vocale Gent and Ivan Fischer. An all-Mozart programme of music composed in the last year of his life, including the Requiem and the Clarinet Concerto with soloist Ákos Ács.

8.10 INTERVAL Proms Extra: Introduction to Mozart's Requiem
Sara Mohr-Pietsch talks to Esther Cavett and Sir Nicholas Kenyon about Mozart's Requiem and the mythology around the music. Recorded earlier this evening at the Imperial College Union.

The story of Mozart's last months is almost as remarkable as the string of masterpieces he produced during them. Who was the cloaked figure rumoured to have commissioned Mozart to write the Requiem? We'll never know, but the deathly tread, furious fight and radiant hope of the music remain unparalleled.

Iván Fischer brings his equally exceptional Budapest Festival Orchestra to the Proms, joined by one of Europe's leading choirs for the Requiem, alongside the autumnal shades of Mozart's late Clarinet Concerto.