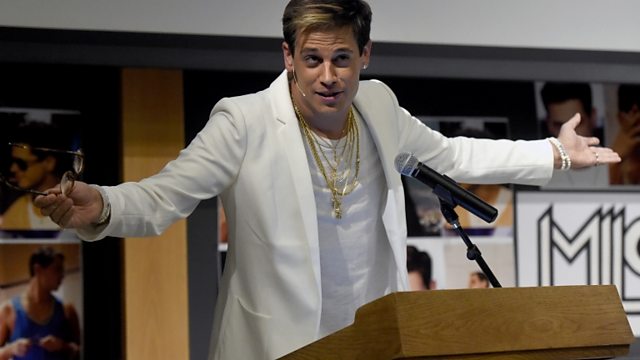 Milo Yiannopoulos and the Alt-Right

Why has Donald Trump clinched the Republican nomination despite offending key groups of voters? Part of his success can be explained by an element of his base: the 'alt-right'.

It's a mostly young, disparate movement which organises and congregates online, which has little in common with traditional Republicans.

However, it's thanks to this new political base that Donald Trump clinched the Republican Party nomination, despite angering a long list of key groups of American voters - but what does the Alt-Right stand for?

Its members are tribal and mostly sceptical about religion. They yearn for a strong leader and they loathe political correctness with a passion.

Controversially, some leading figures have links to the white supremacist movement - a development which frightens many mainstream Republicans who promised a more inclusive party after Mitt Romney's defeat four years ago.

And in an interesting twist, some of the leading voices in the movement come from Britain.

In this episode, David Aaronovitch finds out more about the alt-right - who are they, what do they believe, and what role they will play in the Trump campaign and American politics at large.

Jesse Morton: The Jihadi Who Changed His Mind