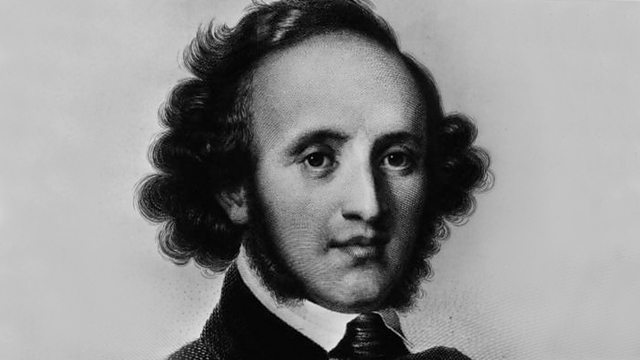 Donald Macleod assesses Mendelssohn's abilities as a portraitist, introducing excerpts from the London version of the Scottish Symphony.

Donald Macleod assesses Mendelssohn's abilities as a portraitist, including excerpts from the London version of the Scottish Symphony and the Opus 44 Piano Trio.

Few of us can readily lay claim to the descriptions polymath and polyglot. Felix Mendelssohn could. A child prodigy, likened by his contemporaries to Mozart, he was an accomplished composer, performer, conductor and musicologist. Beyond music, Mendelssohn was extremely knowledgeable about poetry, classical studies, theology, languages, painting and drawing. Indeed, he enjoyed art so much he continued to produce sketches, drawings and paintings as a pastime almost to the very end of his life. While he died aged only 38 in 1847, in addition to manuscripts, a considerable collection of his artwork has been preserved.

The biggest collection of Mendelssohn's biographical archive resides in the University of Oxford's Bodleian Libraries. This week, with Mendelssohn expert Peter Ward Jones as his guide, Donald Macleod opens up Mendelssohn's sketchbooks to find out what captured the composer's imagination alongside music.

Given the number of Mendelssohn's sketches, drawings and paintings, it's perhaps surprising that there aren't more portraits. In fact Mendelssohn, brilliant as he was, had an area which he perceived as being weak. He felt he wasn't good at drawing people. You can judge for yourself as Mendelssohn's sketch of a boy is available on the Radio 3 website along with some of the others featured in this week's programmes.