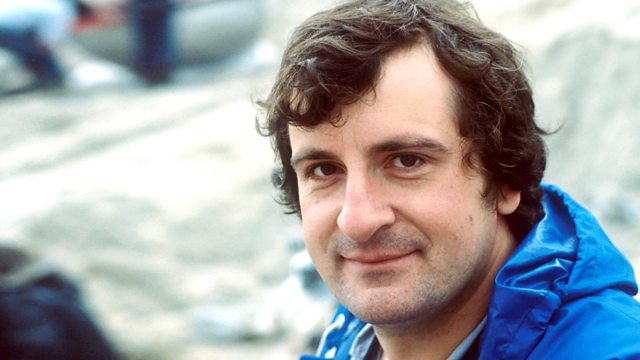 Robbie Stamp has an imagined conversation with his late business partner and friend Douglas Adams, who he last spoke to on the night before the author's death in 2001.

Robbie Stamp has an imagined conversation with his late business partner and friend, Douglas Adams.

The last time Robbie talked with Douglas for real was the day before the author's sudden and unexpected death in 2001. He admits to constantly chatting to Douglas in his head since then - but this edition of Unforgettable is the first time he hears Adams respond in his own words.

In a moving interaction between the living and the archive, the subjects range from the new internet, via the Hitchhiker's Guide to the Galaxy, to the benefits of seeing the world from the point of view of someone else, or even a different species.

Robbie explains how interested Douglas Adams would have been in the technological hardware and software which allows this new conversation to happen, and imagines the fun he would have had with it.