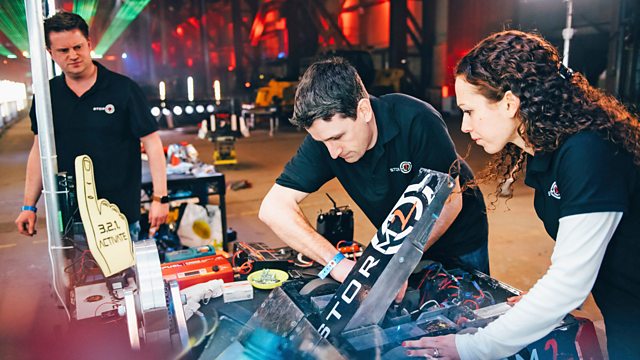 The fourth episode of the robot-fighting series presented by Dara O Briain and Angela Scanlon.

This show features the former holiday camp bluecoats with their 'launcher' Apollo. Father-and-son team Kan-Opener have a robot with huge piercing claws. A team of engineering students have created a future-tech machine called Sweeney Todd that moves using mecanum motion to allow them to go in any direction around the arena, whilst PP3D has been built using a lot of 3D-printed parts.

See all episodes from Robot Wars 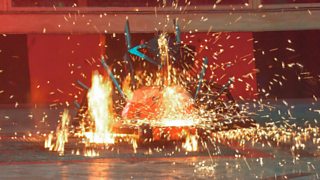 Brutal battle highlights from the series. 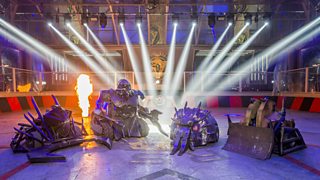 Bigger, stronger and more brutal than ever before!