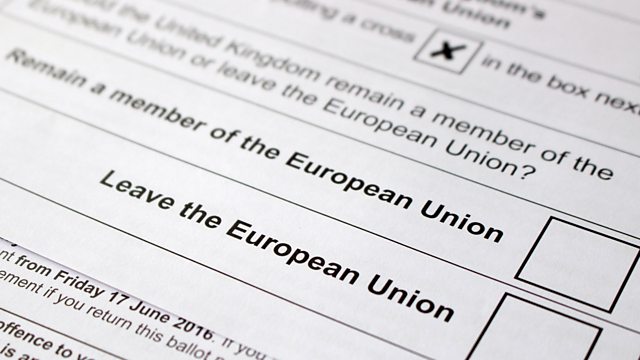 How We Voted Brexit

The EU Referendum is the biggest democratic decision Britain has faced in a generation - but how were voters swayed into choosing Remain or Leave?

Anne McElvoy speaks to leading figures from across the Leave and Remain campaigns to reveal some of the strategic decisions made on the campaign trail, which ultimately led to the momentous result.

Alan Johnson, chair of the 'Labour in for Britain' campaign

Will Straw, chief executive of the Britain Stronger in Europe campaign