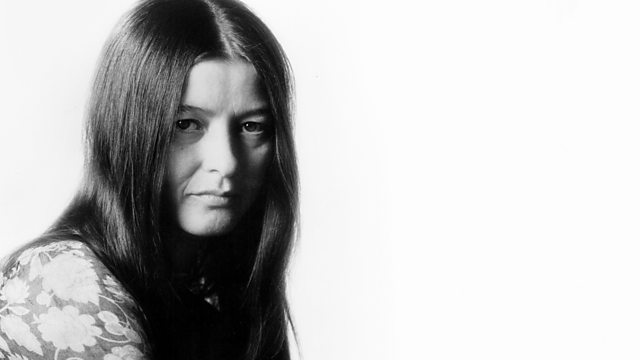 Music documentary. Laura Barton sorts through myth and misdirection to tell the story of Karen Dalton, the folk world's answer to Billie Holiday.

Laura Barton sorts through myth and misdirection to tell the story of Karen Dalton, the folk world's answer to Billie Holiday.

Karen Dalton was a mesmerising singer, the queen of Greenwich Village. Playing 12-string guitar or long-neck banjo, she sang blues, folk, country, pop, Motown - re-making each song in her own inimitable, heartbreaking style. She was never known as a songwriter in her lifetime, but rather as an interpreter of other people's songs. Dalton's sometime harmonica player Bob Dylan wrote in his memoir, "my favourite singer was Karen Dalton... she had a voice like Billie Holiday's and played the guitar like Jimmy Reed and went all the way with it."

She went all the way with it. Karen Dalton went so far that it seems not many people were prepared to follow and her life story is peppered with gaps and sadness, a catalogue of tall tales left in her wake. She was married and divorced twice, with two children, while still in her teens. Some say she was half-Cherokee, that she kidnapped one of her own children and ran away to New York City. Some say that she had to be tricked into recording her first album, and that her missing teeth came at the hands of a jealous lover. Some say she was homeless, penniless and that she died of AIDS on the New York streets. That particular detail happens not to be true, but what is certain is that she was a powerful singer and performer who - whether through disinterest on her part, lousy timing, bad luck or bad habits - never really realised her potential.

The mysteries that surround her life may be part of the reason for a recent resurgence of interest in Karen Dalton. In the last few years, several CDs of reissued and previously unreleased material have appeared.

But there's been another, more illuminating, if bitter-sweet, reinvention as well.

After Karen Dalton's death, her papers came into the possession of her friend Peter Walker. Contained in these folders, among the transcriptions of traditional songs, mementoes, doodles and fragments, are a number of original poems and songs that shed a new light on a performer previously only known for giving heart-breaking voice to other people's material.