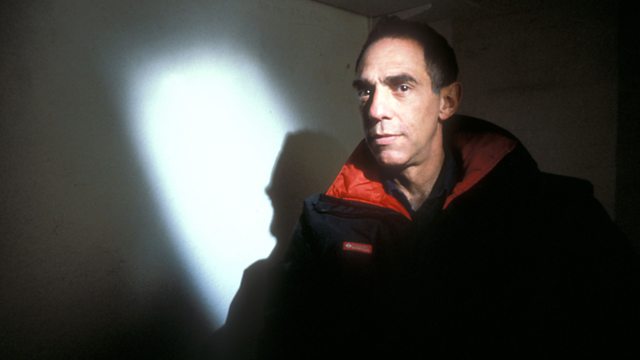 4 Extra Debut. David Temple has an imagined conversation with his late brother-in-law Derek Jarman. The two differ but mutual affection shines in the years since he died in 1994.

David Temple has an imagined conversation with his late brother-in-law, Derek Jarman who died in 1994.

The two differ in many ways but their mutual affection, and a similar sense of humour, shine as they share impressions of Jarman's films.

There is much laughter in the exchange between the living and the deceased as David and Derek recount stories of film premieres and family Christmases. There is sadness also as Jarman talks of the death of his mother from cancer. Temple tells Jarman of a death, also from cancer, that he did not live long enough to know of, that of Derek's sister, David's wife. Derek's own HIV-related death is a constant backdrop to the dialogue.

At times, it's easy to suspend disbelief and to imagine these two men are actually in the same room together, catching up after more than two decades apart, such is the spontaneity and quiet energy of their conversation.

In 1991, Natalie Cole sang a duet with her long dead father, Nat King Cole - the result was Unforgettable. This is the radio equivalent. In each edition of the series, a different guest is invited to interact with someone, now dead, with whom they have, or have wanted to have, a connection. Using technology designed for musicians and DJs to spontaneously play out short musical clips, producer Adam Fowler facilitates a real-time conversation between the two participants, using conversational snippets of the deceased from past recordings.