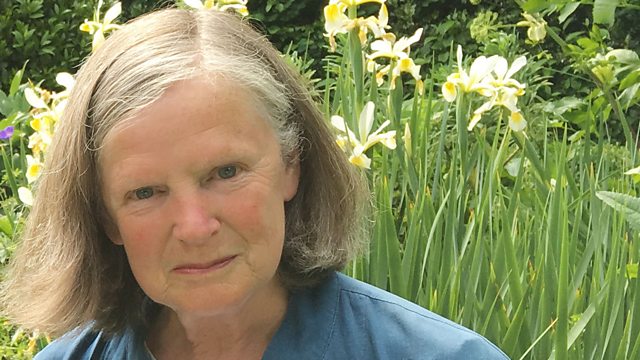 In a programme recorded on location in west Dorset, Michael Berkeley is joined by writer on gardens and landscape Anna Pavord. Her musical choices include Bach, Schubert and Elgar.

Michael Berkeley's guest is Anna Pavord, the distinguished writer about gardens and landscape. Her best-known book is The Tulip, a biography of the bulb that created a mania in the 17th century, but she's written extensively about plants, and places, and spent years as gardening columnist of the Independent. Her latest book "Landskipping: painters, ploughmen and places", is an exploration of how, through the ages, we have responded to the land.

The programme is recorded on location in the landscape of west Dorset where Anna Pavord has lived, and gardened, for much of her life. She talks about what this landscape means to her, and why it is that we respond to certain kinds of natural beauty. She discusses her scholarly research into landscape mania in the 18th century, and tells moving personal stories too, such as the time she refused morphine after an operation for cancer, discovering that a mask of sweet peas was more effective - and much more pleasurable.

Walking round her garden, Anna Pavord reflects on the therapeutic value - and marvelous madness - of a life spent gardening.

Music choices include the Welsh Hymn Cwm Rhondda; the poet R.S.Thomas reading his own work; Bach's Wedding Cantata; two pieces by Schubert; Elgar's Cello Concerto - and a 1929 recording by Cleo Gibson: "I've got Ford engine movements in my hips".