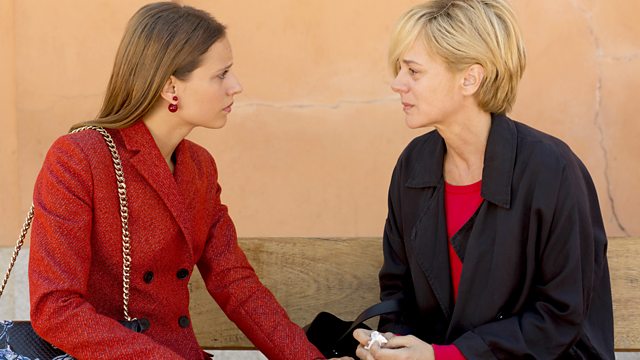 Tim Minchin's Groundhog Day, his follow-up to Matilda, Almodovar's Julieta, HBO's The Night Of..., Peter Ho Davies' The Fortunes, It's Me To The World at Modern Art Oxford.

Tim Minchin's latest musical Groundhog Day is his follow-up to the best-selling triumph of Matilda. Based on the hit film, will this also be a hit?
Pedro Almodovar's 20th film, Julieta, is based on 3 short stories by Alice Munro. It was intended as his English language debut to star Meryl Streep.
HBO's new TV-noir series The Night Of... tells the story of a Pakistani-American who - after a night of drug-fuelled sex - awakes to discover a corpse and is accused of the murder.
Peter Ho Davies' novel The Fortunes tells 4 tales of Chinese-Americans through the 20th and 21st centuries
Kaleidoscope: It's Me To The World, is the newest exhibition at Modern Art Oxford. Celebrating 50 years of contemporary art, performance and experimental visual culture
Tom Sutcliffe's guests are David Hepworth, Kit Davis and Susan Jeffreys. The producer is Oliver Jones.

Julieta  is in cinemas now, certificate 15.

Groundhog Day is at the Old Vic in London until 17 September 2016.

Kaleidoscope: It’s Me to the World

Kaleidoscope: It’s Me to the World it is at Modern Art Oxford until 11 November 2016.

The Fortunes by Peter Ho Davies is available in hardback and ebook now.

The Night Of begins on Sky Atlantic on Thursday 1 September at 9pm.