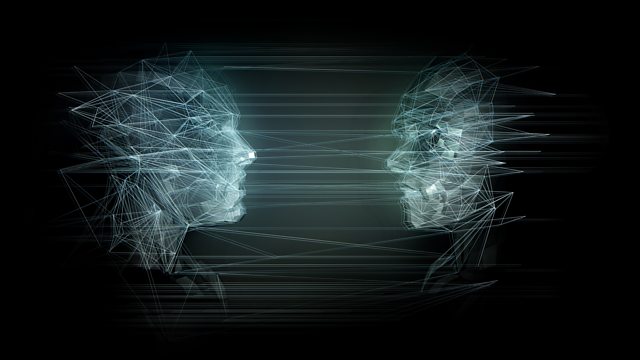 Documentary. As scientists get closer to inventing ways of reading others' minds, Gaia Vince explores the ethical and privacy issues these developments are creating.

Whether it's gossiping over a drink, teaching our children, or politicians debating we use words to communicate with each other and share ideas. It's what makes us human. But what if we can't? Could it be possible to broadcast our thoughts directly from our brains without the need for speech? Gaia Vince meets the scientists who say they are getting close to being able to read minds.

For the last decade neuroscientists have been using fMRI brain scanners and EEG to try to communicate with people who'd been diagnosed as being in a persistent vegetative state. They have woken up following a coma but although their eyes are open and they have spontaneous movements, they have no cognitive function and are not capable of higher level thought. Dr Damian Cruse, of Birmingham University, tells Gaia about the results of these experiments.

People with other medical conditions that lead to a loss of speech, such as motor neurone disease, can already communicate with technology. We hear from Sarah Ezekiel, who has had MND since 2000 and whose life has been transformed by being able to talk artificially with eyegaze software on a computer.

Neurologist Dr Kai Miller at Stanford University explains how he is using electrodes already implanted in the brains of people with severe epilepsy to determine what they are seeing.

And Gaia explores the ethical problems that follow from technology that captures thoughts with cognitive scientist and philosopher Dr Adina Roskies of Dartmouth College in the US and Professor Geraint Rees, the editor of a recent collection of essays called "I know what you're thinking: brain imaging and mental privacy". She looks at the controversial privacy issues raised by the technology, such as could someone put thoughts into another's mind?