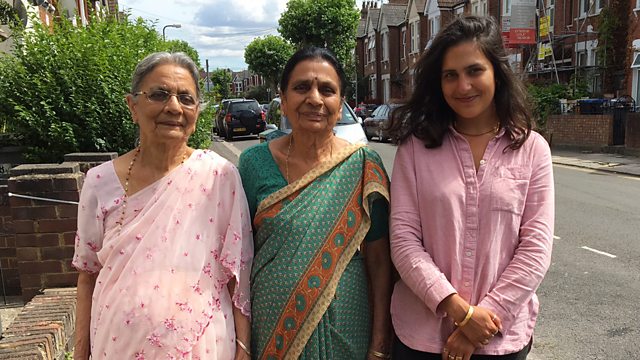 Maya Amin-Smith explores the impact of the Grunwick dispute, four decades after it began, and finds out how members of her family became involved and how they look back on it now.

Maya Amin-Smith explores the impact of the Grunwick dispute, which began in August 1976, and finds out how members of her family became involved, and how they look back on it now.

The Grunwick dispute, at a film processing plant in north west London, is widely regarded as a landmark in British trade union history. For the first time, a high-profile strike involved women from South Asian immigrant communities, many of whom were fairly recent arrivals in the UK. Few if any had experience of industrial action - and the press at the time quickly noticed what they called 'strikers in saris', an image which challenged the perception that strikes were largely led by white men.

But aside from the public legacy of the Grunwick dispute, what was the personal impact on the people involved?

Maya Amin-Smith was born fifteen years after the strike was abandoned, into an Indian family of East-African immigrants. Her family had settled in the Chapter Road area of Dollis Hill where the Grunwick factory was situated. Indeed, two of her great aunts worked at the film processing plant themselves.

There's little sign now in the narrow streets of Dollis Hill that this was once the site of a long and bitter struggle, but now that the dust has settled, Maya explores the impact that this industrial action has had not only on her family, but on families like hers within the South Asian immigrant community, and how it's remembered now.