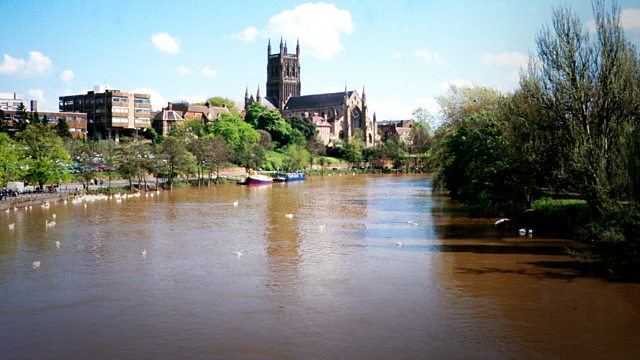 Sabrina and the Fish of No Return

The River
Episode 1 of 5

A Salmon struggles on a weir as writer and naturalist Paul Evans reflects on Sabrina and the fish of no return in the first of five illustrated talks about Rivers.

Writer, naturalist and broadcaster, Paul Evans watches a salmon struggle against the flowing waters to climb up a weir and return to the pool where she was born to lay her eggs. The struggle takes place on the River Severn, which was known to the Romans as Sabrina. Sabrina is also the name of the Severn Cruise boat in Shrewsbury, a woman from Greek mythology who was drowned in a river and a 1950s British glamour model and film star. In this essay, Paul weaves together the stories of these different Sabrinas as he watches the salmon driven by instinct to travel “against the flow, up the one way street“ ….Like a film premiere with the star staggering up the red carpet, the crowd shouts encouragement, holds its collective breath, takes photographs, sighs as she stumbles back yet again...and again”.

Soul Estuary: The Mouth of the River

See all episodes from The River