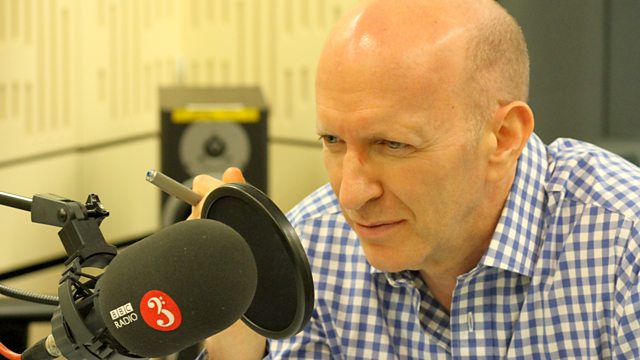 9am
My Favourite... Duos. Rob shares his favourite examples of these works for two musicians, where each artist's response to the other is put under the spotlight, creating what is perhaps the ultimate expression of chamber music. Rob's choices explore a selection of instrumental combinations including duos for strings by Bartók, a duo for pianos by Schubert, and duos for percussion, and guitars.

9.30am
Take part in today's challenge. Two pieces of music are played together - can you work out what they are?

10am
Rob's guest, historian, writer and television presenter Simon Sebag Montefiore, will be sharing a selection of his favourite classical music, including works by Shostakovich, Prokofiev and Tchaikovsky that link to his writing on Russia, every day at 10am. Simon's acclaimed history books have been published in over 45 languages and include Jerusalem: The Biography, Catherine the Great and Potemkin and Young Stalin. His latest book, The Romanovs 1613-1918, chronicles the stories of twenty tsars and tsarinas, and is already a bestseller in the UK, Australia and the USA. Simon has also won literary prizes for his fiction work. He has written the first two instalments of a trilogy of thriller-love-stories set in Russia. The second in the series, 'One Night in Winter', won the Best Political Novel of the Year Prize and was longlisted for the Orwell Prize.

10.30am
Music in Time: Classical
Rob places Music in Time. The spotlight is on the Classical period and Beethoven's 32 Variations in C minor, whichs take the form beyond the 'Sturm und Drang' ('storm and stress') style of Haydn to a new level of intensity and drama.

10.45am
In anticipation of tonight's Prom of Janácek's opera The Makropulos Affair, starring Finnish soprano Karita Mattila, Rob features her unique vocal talents in music by Sibelius - his musical depiction of the creation of the world by the Spirit of Nature and Mother of the Seas, as told in the Kalevala, the Finnish folk epic.