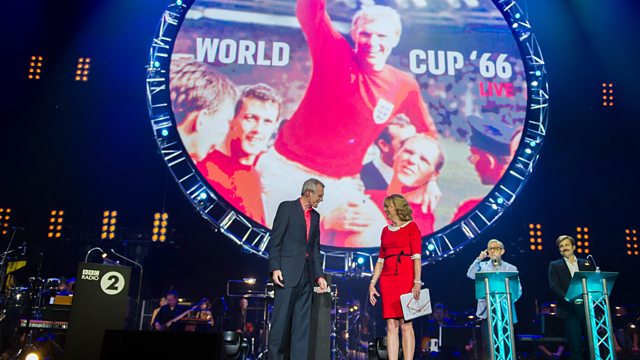 A live music documentary in celebration of the remarkable achievements of those involved with the 1966 final, offering an insight into the thoughts and feelings of those affected by the game, both in Wembley Stadium, as well as ordinary people up and down the country.

Presented by Jeremy Vine and Louise Minchin, this special commemorative event features appearances from some of the legendary squad including Sir Bobby Charlton and hat-trick hero Sir Geoff Hurst, plus live performances of hits from 1966, a year regarded by many as one of the most important in the development of UK popular music, from artists including Sophie Ellis-Bexter, the Troggs, the Shires and many more.