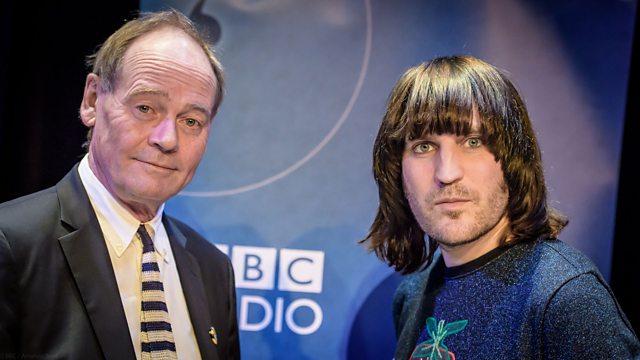 The Museum of Curiosity Series 9
Episode 2 of 6

This week, the Professor of Ignorance John Lloyd and his new curator Noel Fielding welcome the comedian, actor, writer pub landlady and 2006 runner up for the 'Scotswoman of the Year' award Janey Godley; a scientist whose controversial research supports the theory that alien bacteria are constantly bombarding the Earth from outer space, Dr Milton Wainwright; and the author and award-winning man behind mask Number Eight in the iconic heavy metal band Slipknot Corey Taylor, whose list of books includes: You're Making Me Hate You: A Cantankerous Look at the Common Misconception That Humans Have Any Common Sense Left.

This week, the Museum's Guest Committee speculate on Dogs From The 1970s; a little CD tray that collects germs from the stratosphere; and the phenomenon of deep fried food.

The show was researched by Mike Turner and Anne Miller of QI.