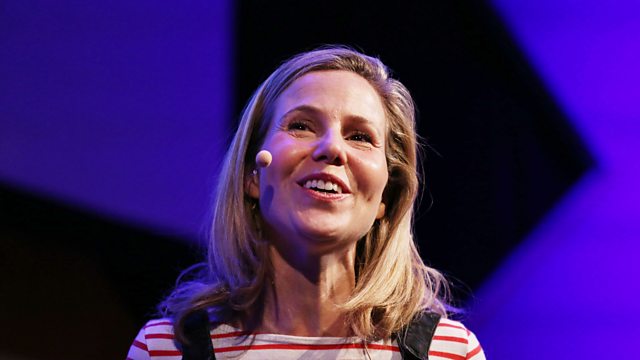 Janice Forsyth is back in the BBC's big Blue Tent.

Comedian Tiff Stevenson has two shows on the go, her stand-up comedy Seven, because it's her seventh Fringe, and theatre show Casting Call Woe. She's teamed up with actor and blogger @ProResting to expose the requests made of women looking to audition for roles.

Lucy Grace tells the story of her one-woman show, Lucy, Lucy and Lucy Barfield, the result of a childhood obsession with Narnia, and her quest to learn more about CS Lewis' goddaughter, to whom he dedicated The Lion, The Witch and The Wardrobe.

And Janice hears about how a real-life news story inspired Mule, a play about two young women who find themselves arrested for drug-smuggling.

Janice Forsyth at the Edinburgh Festivals with Rory Bremner, Mark Steel, and The Paul Simon Treatment